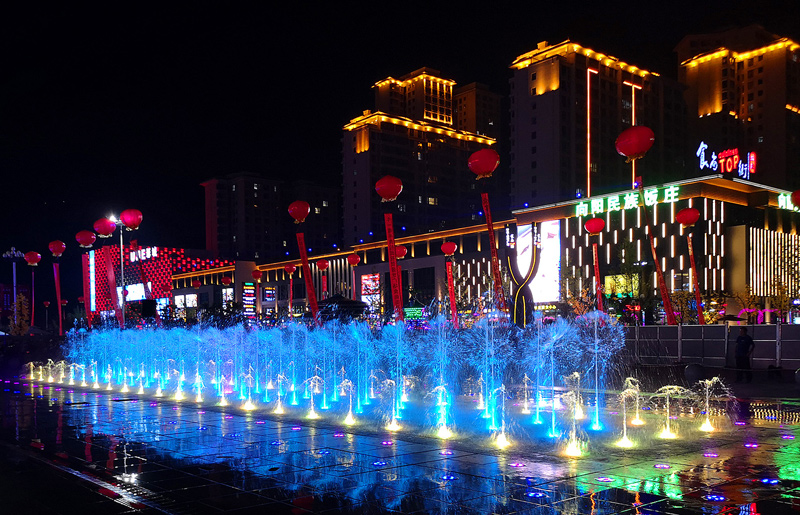 Peter Liu, the founder and CEO of Longxin Fountain, was born in Neijiang, the hometown of fountain. One day in 2005, he had been on a business trip for more than ten days. He was exhausted. But when he saw the water fountain show, he was overwhelmed by its infectious power. Peter Liu was immersed in it and forgot his troubles. The dream of creating a more artistic fountain water show was born. The beautiful musical fountain caused waves of cheers and applause. Peter Liu couldn't help but sigh that so many people like the musical fountain! At that moment, a strong sense of pride surged in his heart, and he also forged an indissoluble bond with the fountain.

Since then, Peter Liu began to devote himself to the fountain business, starting from the most basic installation workers and constantly learning techniques. After ten years of precipitation under the help and guidance of friends, Peter Liu eventually became a well-known local fountain expert.

After the establishment, Longxin Fountain has won unanimous praise from customers. With its rigorous construction technology, excellent project quality and reasonable price, it has established a good industry reputation. In 2015, Peter Liu's original floating fountain work "Pearl of the Golden Hall" was the first performance. The water show was interspersed with various elements such as water, fire, light, sound, and three-dimensional projection, which conquered thousands of audiences and refreshed people's perception of fountain. It has become a local representative night tour attraction. The establishment of this project has brought Peter Liu and his company to wider attention and acclaim around the world.

In 2018, Peter Liu was invited to build the Chengdu Jintang Green Island Aerial Water Dance Show Project. With years of experience in fountain design and construction, Peter Liu lifted traditional water or ground musical fountain into the air. A circular fountain base with a diameter of 30 meters was built 15 meters above the ground. The fountain and the gorgeous flame danced in the air. This project also integrated an oversized annular digital water curtain, a cool laser show, a light show, and a dreamy water curtain movie. The stunning water fountain show made every audience amazed. This project has obtained a number of patents and has become a classic case of Longxin Fountain. It also marks transformation from traditional design and construction to creative research and development. 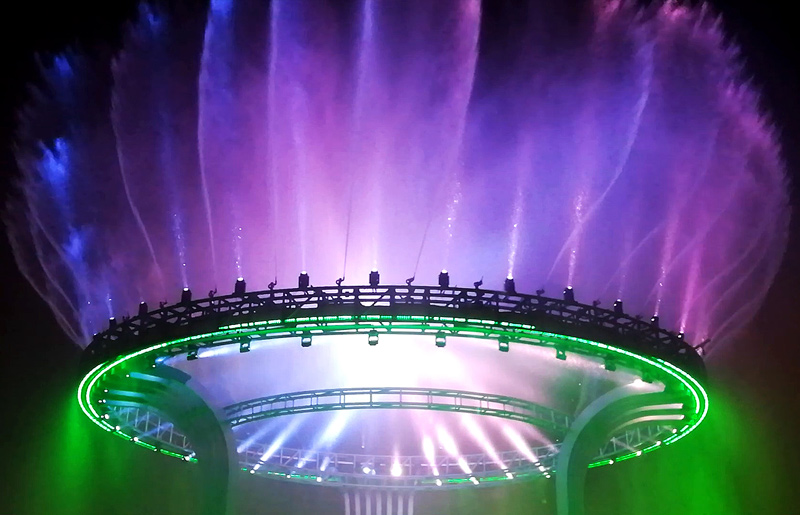 In recent years, Peter Liu has invested heavily in product research and development, creative design, engineering technology, and talent introduction. Longxin Fountain gains a great competitive advantage in the industry in terms of products, design, technology, etc. At the same time, it has also driven the rapid expansion of the fountain business. It not only cooperates with many well-known enterprises and famous scenic spots, but also expands its business scope to overseas markets.

Peter Liu said that he loves fountain, and hopes to pass on passion through fountain. He is committed to bringing cultural exchanges and resonance from different countries by water art. Let every friend who enjoys the fountain feel the warmth and love.